As you all know we had our Summer Fayre last Friday night and I would like to start my blog by thanking all the members of the PTA and the people who supported them for making it such a success. I do not have the exact figures of how much was raised but regardless of that I am sure that all those who attended will agree that it was an enjoyable evening. One of the men who was running an external stall said that it was the best event of its kind that he had attended and he said that he goes to a lot. Part of my contribution was agreeing to go in the stocks and for those of you who missed it I have posted some pictures below which were kindly taken by Mrs Lambe. I am thinking of giving them the title ’It Shouldn’t Happen to a Head Teacher’ 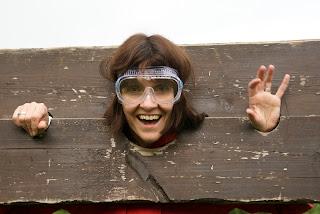 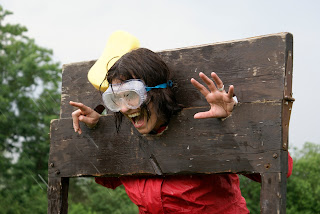 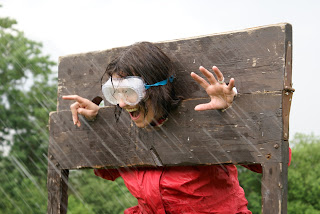 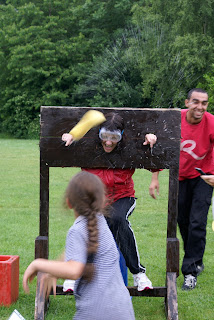 As I informed you last week some of the KS2  girls were taking part in a football tournamnet and I am glad to inform you that the teams finished 3rd and 7th in their section. On Wednesday evening some of the pupils took part in an inter schools athletics event and after a close fought contest we were just pipped at the post into second place by Brookman’s Park. I would like to congratulate all those who took part and thank Mr Mills for all his work in coaching our teams. I am also delighted to announce that Katie in Year 6 broke the record for the 600m race.


This week has been Parent Consultation week. It has been nice to see so many parents in school and to receive so many positive comments. I also had a display with our present school aims on so people could offer suggestions of any alterations they would like to make or any ideas for new ones.If you had your parent consultation during the day I am going to leave some clipboards out in the reception area with the present aims on  so  you can also have the opportunity to come and look at them and offer any suggestions.


Next week in school it is Sports Day  on Wednesday. All the children get very excited about this so let us pray for sunshine. The KS1 event is in the morning and should start at approximately 9.30am and the KS2 event is in the afternoon and should start at approximately 1.30pm. We love to see parents and friends at our sports day but I would like to remind you that you need to stand behind the tape when watching the running races at the end. Most people are very good but one or two people every year like to try an sneak under the tape  to try and get a photograph from behind the finish line but I would ask that you do not do this for the safety of the children.
Posted by Little Heath at 07:13 No comments:

I am publishing my blog a day early this week as I am out of school during the day tomorrow and then when I return I will be busy at the School Fayre. As I have mentioned in some of my earlier blogs everything seems to pass by in a blur at this time of year because so much is happening in school.
We were very fortunate last week in that the weather was good for the annual Potters Bar Schools  Cricket tournament. For the last couple of years every time cricket has been mentioned the rain has come down and one year they had to pick the winner of the tournament by tossing a coin (which we incidentally won). This year fortunately, the sun shone and all the matches could be played. I am delighted to announce that we took 2 teams with us and we were actually so good that ‘Little Heath A’ played ‘Little Heath B’ in the final. ‘Little Heath A’ were the eventual winners and ‘Little Heath B’ were the runners – up so well done to all who took part and many thanks to Mr Mills for coaching them. This afternoon we have some girls taking part in a football tournament at Wroxham and next week is the district sports so I will let you know how we do in those in next week’s blog.
Next week is also parent consultation week. This will give parents an opportunity to see the progress their children have made since the reports were issued in February. The consultation mornings and afternoons are very busy times for the teachers and I would ask that you keep to your time allocation. If you feel there is something you would like to discuss in more depth please make an extra appointment for a different time. We are also reviewing the school aims and mission statement this term so there will be a display out on Thursday night for you to review these and also offer suggestions. For those of you who are not there on Thursday I will leave the aims in the office area for a couple of days after Thursday night to enable you to offer your suggestions.
I look forward to seeing many of you at the summer fayre. I will be in the stocks at 6.00pm.
Posted by Little Heath at 07:56 No comments:

I have certainly had an action-packed week in school. On Wednesday I joined the Foundation stage for their trip to Whipsnade Zoo. We were all slightly worried about the day because the weather forecast was so bad but fortunately the dry weather just about managed to last while we were there and a good time was had by all. There were lots of different animals and shows for us all to see – I was really pleased to see some hippos because they are one of my favourite animals.
Last night we had a talent night in school and everyone who attended thought it was a fabulous night.  Each time we hold an evening like this I am just amazed at the amount of talent that we have in school and all the children who took part should be very proud of their performances. I would also like to thank the staff and the PTA who all contributed to make this a successful event. When I know exactly how much money has been raised I will inform you – I may even do that via a tweet!
We also had some very good news this week. A while ago some of the children in KS2 entered the junior section of the Rotary Club’s Young Writer competition which had the theme of peace. There were entries from schools in Brookmans Park, Welwyn Garden City, Hatfield and Potters Bar and I am pleased to announce that we had a clean sweep in the competition with pupils from Little Heath finished finishing first, second and third. The pupils who won were Sophie from Year 6, Ben from Year 5 and Zoe from Year 6 respectively. Their entries were then put into the next round of the competition which included entries from Bedfordshire and Buckinghamshire and I am delighted to say that Sophie finished runner-up in this section. Well done to everyone who took part.
As is always the way in the summer term every week seems to be jam-packed with different events. Next week we have some children taking part in cricket and football tournaments and then as you all know we have our Summer Fayre on Friday night from 6- 9pm. This is always a great fundraiser for the school but as well as that it is also a great night out. I hope to see lots of you then. You will find me in the stocks for part of the evening!
Posted by Little Heath at 07:10 No comments:

Isn’t it great how sunshine can make you feel good! At last summer appears to have finally arrived although I am almost too frightened to discuss it just in case I scare it away. It is hard to believe that the ‘Oakmere Mini Marathon’ almost had to be cancelled just before half term because of the rain. We had some success in the mini marathon with 3 of our Year 4 boys finishing in the top ten for their age range. Charlie, James and Raphael finished 3rd, 8th and 9th respectively so our congratulations go to them although all the children deserve praise for completing the course. Let us hope the good weather lasts until the end of term so that all our sporting fixtures can happen without the endless cancellations that we had to endure last summer – just mentioning the word ‘cricket ‘ last year seemed to be a catalyst for rain.
We have had some disappointing news in school this week. As I informed you yesterday we have had to relocate our cockerel to a farm as it was becoming increasingly aggressive towards the children. Even though he was just trying to protect the hens he pecked at a couple of children with his beak and we could not take the risk of him causing serious injury to anybody. We still have the hens though who seem very happy in their abode.
Next week there will be great excitement in school as we have ’Talent Night ‘on Thursday. A lot of children are taking part and it is always an entertaining evening so I hope to see many of you there. If your child is involved and you have not returned the letter for the tickets remember the closing date is Monday. If there are any tickets left after that they will be on sale from the school office. I look forward to seeing many of you there.
Posted by Little Heath at 07:25 No comments: